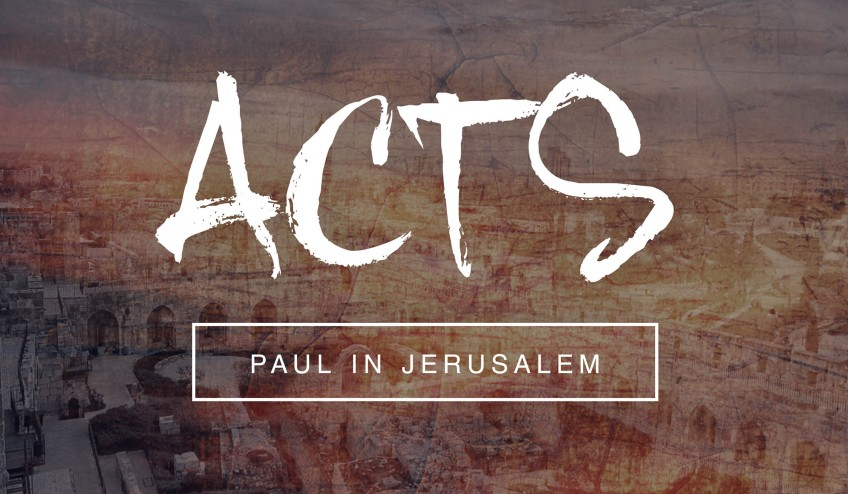 Paul begins to speak, and he speaks in the Hebrew tongue — and probably Luke means by that, Aramaic. And that means that while the crowd can understand him — it was the currency language of the temple, everyone in the temple would have understood immediately what Paul was saying.

He begins by telling them of his conservative Jewish upbringing. He was the son of parents who had lived in Tarsus, but at an early age he had been brought to Jerusalem to study under the feet of this notorious Jewish scholar, Gamaliel, the leader of a certain section of Jewry, the so-called school of Hillel. We’ve already come across it in Acts 5. He talks about his zeal for Moses, his zeal for the Law of Moses, his zeal for the traditions of Moses. He talks about his conversion on the Damascus road. He mentions the fact that he went to Damascus and spoke with and was given instruction by Ananias — a devout Jew, a man known in Jerusalem and well-respected for his Jewishness. And then, as he comes back to Jerusalem, as he’s praying in the temple in the very precincts in which these accusers of his are standing, that he sees a vision and hears a voice from heaven that commands him to become the apostle to the Gentiles.

CPC’s Women’s Wednesday morning and evening studies resume January 19th 10 am and 6 pm. Visitors are always welcome. See you then!